The Bike: Or Why Actual Newspapers Are Rare 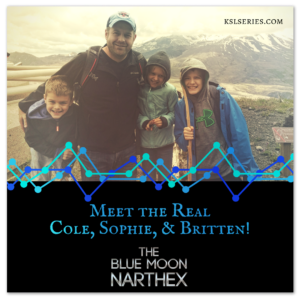 Long before I was creating a world filled with futuristic gadgets, time travel, and secret organizations that help control Karma, I was building the better bicycle.

In grade school I was a paperboy. Paperboy was an occupation common in the ancient world (we’re talking the 1980s) when news was printed on actual paper and delivered to people’s homes. Delivery was usually made by a pre-teen boy who threw the paper toward the porch while speeding by on his bicycle. Rogue, rolled-up newspapers often landed in bushes, hit cats, and broke the occasional window. But most of the time, they were right on target.

In my small town, the local newspaper came out once a week. The town was divided into ten newspaper routes and I covered seven of them. To get all those papers delivered, I had to customize my bike. My dad and I built a rack that fit over the back of the bike and could hold newspapers on each side. There was even a rack in the center almost as tall as my back.

The idea was that my dad would take the bundles of papers and distribute them along my routes. I could deliver one bundle then re-stock with the next. Like most ideas, it looked great on paper. It worked pretty slick most of the time, but hit a few rough patches.

Or, I should say, I hit a few rough patches.

The rack filled with newspapers made my bicycle so back heavy, that when I hit a bump, or even the smallest curb, the front tire was too light, and I would end up flipping backwards. I don’t know how many times I flipped off that bike and had to end up picking up the piles of papers.

Now you know why today most newspapers are delivered electronically. The risk to newspaper boys was just too great.